skip to main | skip to sidebar

and all the rest of beautiful you.

I am another simple artist in the world of performing arts, and my greatest passion is curiosity

and shearing of the things I learn. I am perhaps a humble journalist with an artistic expression.

I am at the bridge of a new curiosity, namely you your highness, the princess. I want to

understand as much as I can, about your role towards yourself and your people, toward your

history of myth, about the things you do and then the things media tells us, your ideas of the

future, your goals as a princess and your wishes for yourself…. Like a protrait I suppose.

Knowing the fact that I am a commoner, with little political or royal status, I imagine it will

take some time before I will have the “possibility” to meet you in person. So I decide to

start my project today, with the hopes and wishes, that some of you can join me later, and

help me tell the people; what it is all about, to be a princess today. Untill then, I will keep

you posted on this blogg, and keep you informed about my discoveries. 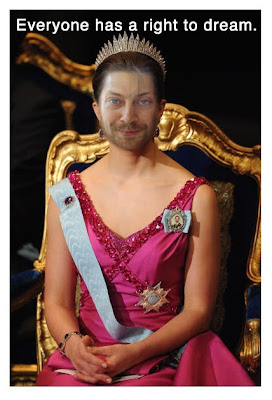 It’s not about music..

Recently, some roomers bounced off in all direction that the Norwegian princess Martha Louise was going to bless the Norwegian Eurovision song contest, with her appearance. Or so at least, we where mislead to believe, - thank you Skavland.
However, out of this tabloid discussion, lead by some of Norway’s most ridicule newspapers (but then again whom am I to speak), emerged another, positively surprising and interesting suggestion by professor Trond Nordby; to have the event hosted by Princess Ragnhild, Miss Lorentzen.

We might ask ourselves, what knowledge of modern pop culture could a princess with the rare knowledge of the early 19’th century, possible contribute with?

Personally, I never thought the Eurovision was really about music, but about the national feeling connected to it, similar to the Olympic Games. -Take away the collective feeling of winning, and we are left with an art project.

So in this sense, in the same sense that thousands of people watch the “new year speech” of the king, -for the sake of national collective emotions, blood, sweat and tears… wrapped in moral words, Princess Ragnhild should host this evening.
Lagt inn av www.rudiskotheimjensen.com kl. 10:41 Ingen kommentarer:

Kronprinsesse Victoria Made til Barbie Doll / in norwegian 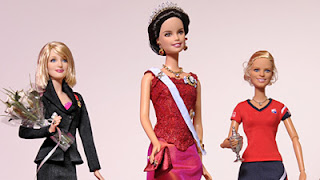 How many princesses are there in the world :-) 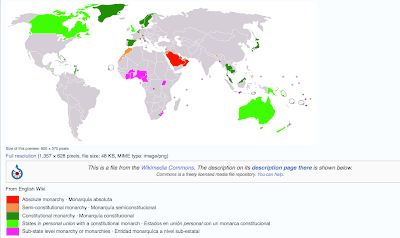 Lets get really into the world of princesses, shall we..

I have managed, from sorting out the world monarchs and based on these families, to make a list (dated 01.02.2010), of thrillingly news on how many princesses there actually are out there, or more precise, and estimated idea, here in the real world.

We are all familiar - at least those of us who bother to read the tabloids - with the British family, them being a very spotlight seeking family and all. Just by going through all the continents marked monarchy, we learn that there are 42 Monarchies, and among them 13 belonging to the British Empire. Even though grand, they do not top the list of the country with the most princesses.

The country with the most princesses is however out of our range when it comes to being on the spot. King “Abdullah Bin” (and so forth, it is quite long)” has taken multiple wives during his lifetime (similar in history has also his father and brothers before him), and has about known 15 daughters and some 7 sons.

Saudi Arabia. Lets get real, and lets do it with numbers…
- "But talk of the collapse of the House of Saud seems premature. It is after all a huge structure, with an estimated 7,000 princes." - BBC quote.

With estimated 7,000 princes and stretching the family tree in equal many directions, we can start to calculate 7000 times 3 (as a vague but honestly guess) we will end up on 21 000 princesses. And even among this vast number, I only managed to find few by names… I also came across this sentence “it was also known that there was a special hospital in Riyad to deal with the misfits of inter-marriages” with little checking out, there are several articles about the birth defects that have resulted from marrying close relatives in S. Arabia. (Saudi Arabia has 28, 6 millions inhabitants)

Oh yes, and by the people I have collected it is 126 princesses, with full names in my list. I will release the list later… if anyone has a different number, please tell me.
Lagt inn av www.rudiskotheimjensen.com kl. 11:30 Ingen kommentarer:

Pricess activeties on the web

www.rudiskotheimjensen.com
Here u are and i am there